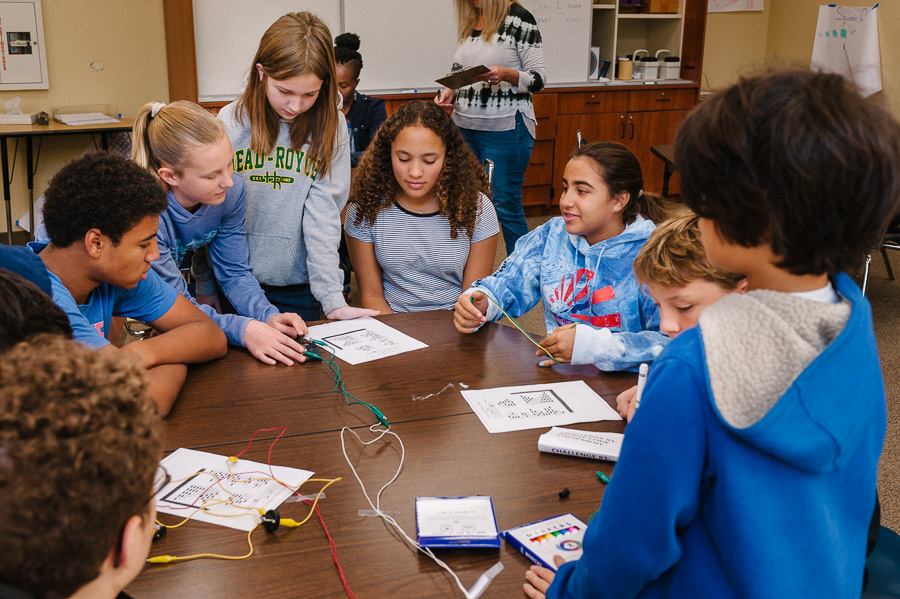 On a fall morning in October, Head-Royce middle school students were busily huddled around a pod of desks, frantically trying to assemble an electronic device that would allow them to communicate with their peers several classrooms away. This “escape room” exercise was just phase one of a multi-phased, all-day simulation designed to teach students more about what teachers refer to as the four Cs: communication, creativity, collaboration, and critical thinking. “It was important for us to construct a simulation that not only reflected the values and learning goals of our institution in a way that felt original and authentic, but that also pushed students to engage with these foundational concepts in a more real-world fashion,” teacher Justin Baker-Rhett said.

“Connection can be uncomfortable for all of us, but in the middle school years it can be especially tough, given the number of digital alternatives to human-human interaction,” teacher Ian Walters said.

Walters, along with teachers Baker-Rhett and Will Adams, came up with the idea for this simulation last school year. The group convened for over nine months, including throughout the summer, to come up with the innovative learning exercise.

For the first part of the simulation, students of varying grade levels were divided into groups and assigned to different rooms. Students had to then assemble devices similar to those used to transmit Morse Code, and communicate a secret phrase non-verbally to their peers in other rooms in order to get out. There was one caveat: students were only given half of the phrase; the other half was given to their peers in another classroom. Each group had to not only share their part of the phrase with their peers, but also retrieve the other part of the phrase via code transmitted through a series of wires connecting the classrooms. 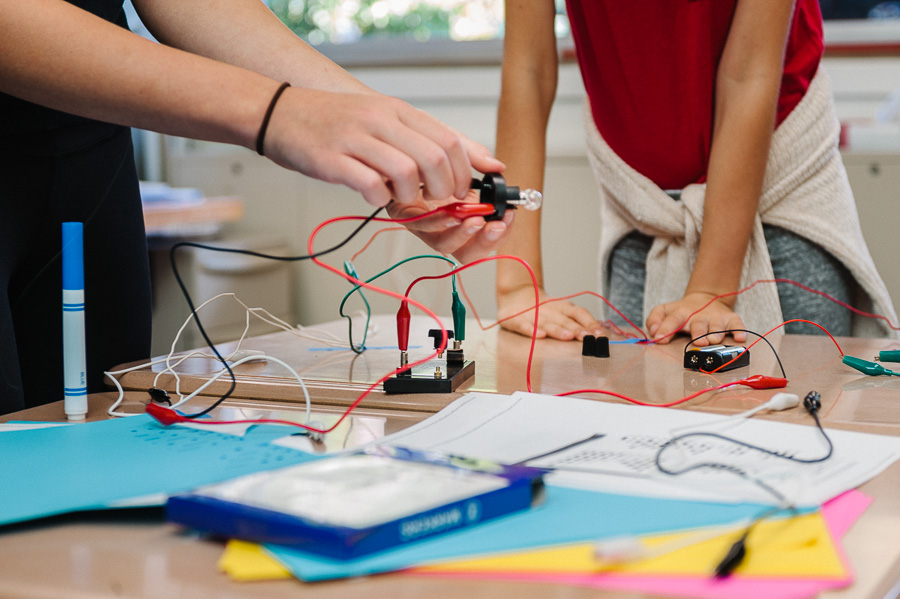 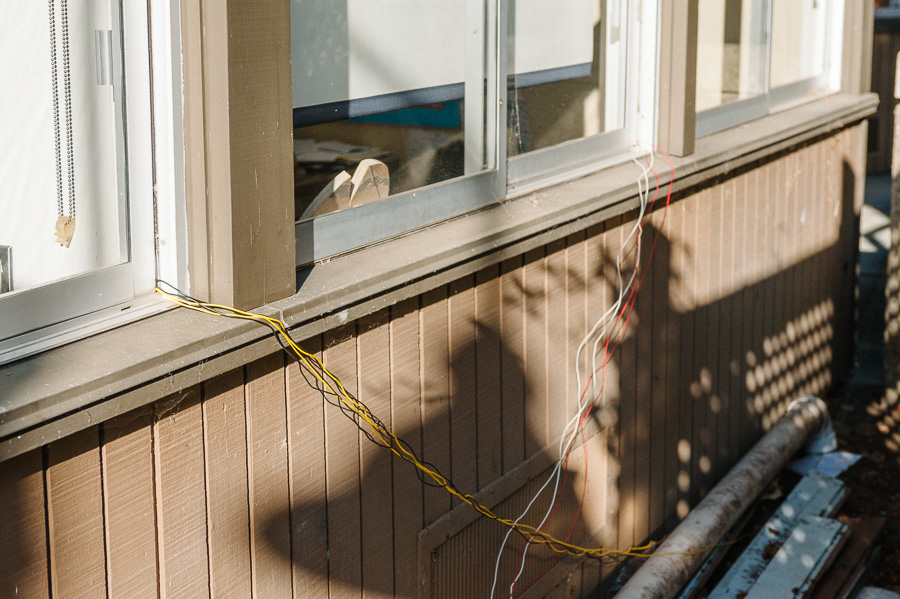 Students quickly became frustrated with this exercise and came up with inventive ways to communicate with their peers. In one room, the students believed the wires from their classroom window led directly to another classroom upstairs. They started banging on the ceiling and shouting through the window to try and communicate their part of the phrase. They quickly found out that the password they needed wasn’t in the classroom above them!

Some students were successful in getting out of the classroom, others were not. However, their evaluation was not based on completing each task, but rather, on a rubric that the teachers read aloud to them before they completed each activity. Topics they were being scored on included: how often new ideas were brought up, how the students engaged in trial and error, and how the students worked together to solve conflict.

“Despite knowing they weren’t being evaluated on completing the task, the desire to complete the challenge tended to outweigh the desire to go through a collaborative process. This led to many students demonstrating outwardly positive initial experiences when they finished a challenge or more subdued ones when their group did not,” Adams said.

Brushing themselves off from the first activity, it was time for the students to regroup before the next challenge: facing separation from each other in the form of a physical barrier. Although the students could see and communicate verbally with their peers from the first challenge, they had to construct a bridge that would allow each group to cross to the other side of an imaginary 12 foot river, represented by rope on the athletic fields. Each group was given different tools, and they had to problem solve and work together to send those tools to the other side when necessary. Although students were being judged on the same rubric, many felt this challenge was more successful than the first because they were able to complete the task. 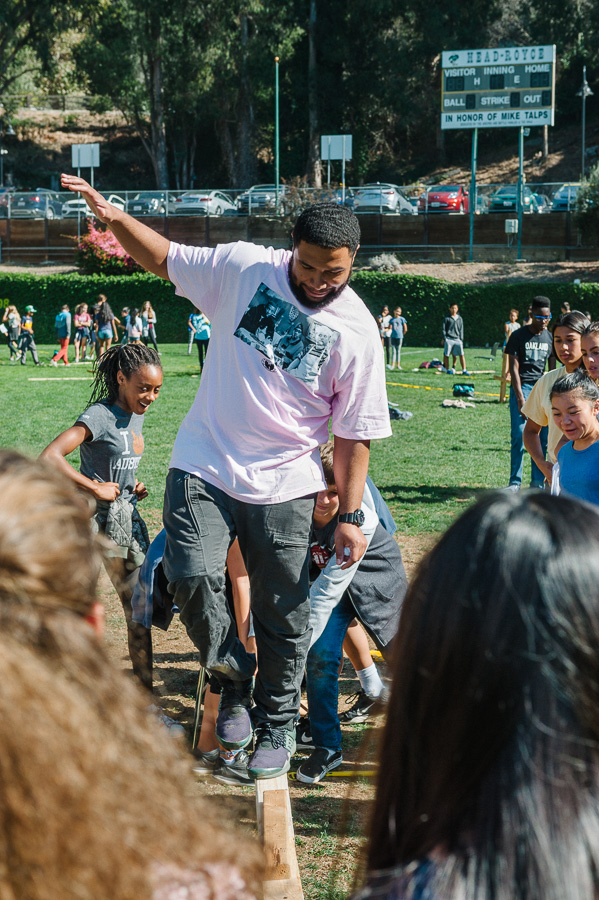 “Some of my teammates were frustrated with this exercise, but I thought it was fun! I especially liked collaborating with people I don’t often hang out with. I got to know people from different grades and different groups,” Camryn J. ’23  said.

“Working with younger students was fun. I think they looked up to us in a way for guidance, but really, we all had to figure it out together,” Charlie Y. ’23 said.

Exhausted, but with the will to keep moving forward, students were then presented with phase three of the day: reflecting on the hidden barriers that exist within each of them and the effects those barriers have on the ability to connect to others. Students were given colored pieces of paper and were asked to respond to three questions: What is the hardest thing for you to say to someone? How do you know when you are “succeeding” in any setting? What parts of friendship do you find the most challenging and why?

The pieces of paper were then thrown into a large circle and each student was asked to grab one of each color. After returning to their classrooms, they had to categorize each anonymous response in a way that made sense to them. After the categories were decided, the class reflected as a group. Students were then asked by the teacher if they could relate to the responses they had gathered.

At the end of the day, students were asked to do solo reflection on what they had learned from the day’s experiences.

Responses varied, but many students shared that they wanted to be better communicators, and be kinder to their peers.

“In the end, it seemed that both the difficulty and the value of engaging in the work to connect with others were realities felt by many throughout the Middle School,” Adams said.

This year’s simulation have made it clear that immersive, student-centered learning is valued deeply at Head-Royce, from both a teaching and learning perspective. Although it isn’t likely that a simulation of this depth and breadth will happen every year, the division will continue to incorporate these types of activities into the curriculum in ways both big and small. 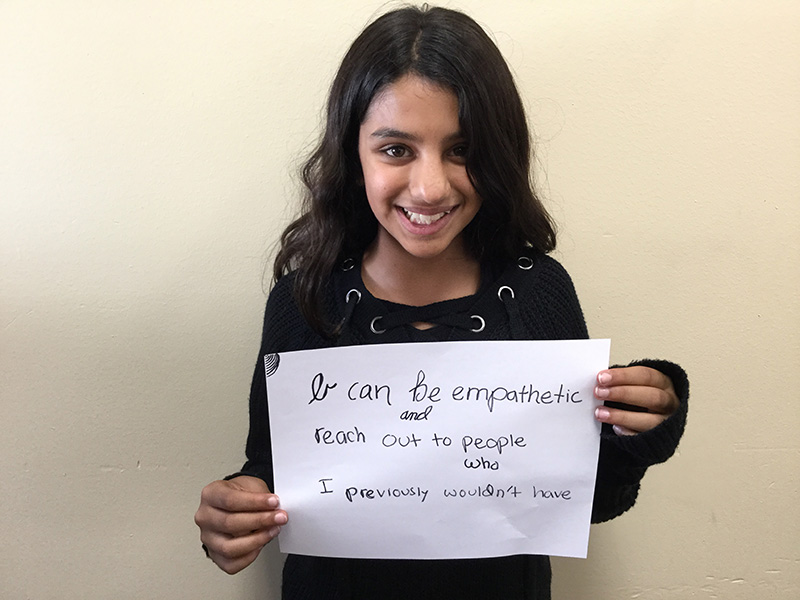 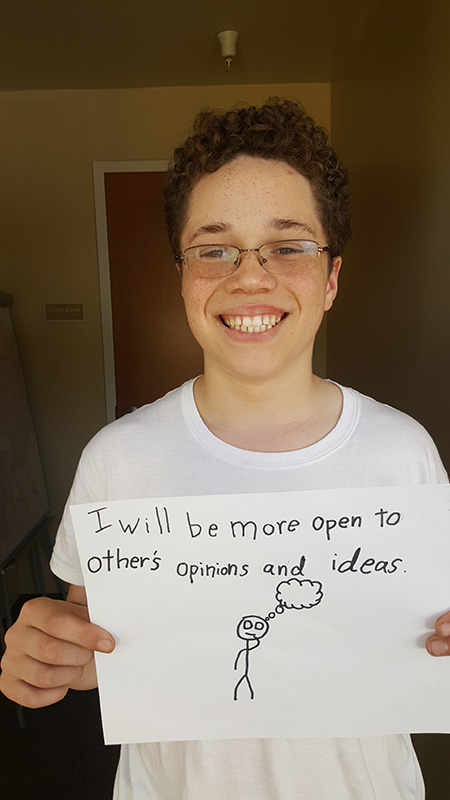