Over recent summer vacations, Mia C. '21 has studied the brain. Her immersion in neuroscience––in programs for high school students at Stanford and UC San Diego––inspired her to demystify STEM (Science, Technology, Engineering, Math) for younger girls.

Toward the end of elementary school,” Mia said, “minorities and girls move away from STEM.” She noticed this trend while tutoring at Fruitvale Elementary, where her students “weren’t sure if STEM was a welcoming environment for them.”

According to the National Science Foundation, women remain underrepresented in STEM. “The rates of science and engineering courses for girls/women shift at the undergraduate level and gender disparities begin to emerge, especially for minority women (NSF, Science and Engineering Indicators, 2018).”

At Stanford’s on-campus “Splash” program, current undergraduates taught Mia’s neuroscience classes. The idea of students teaching students lodged in her mind. Now a junior, she’s working on both her Girl Scouts Gold Award Project and her Head-Royce community engagement project––an opportunity for juniors to root themselves deeply in a project or cause. “Stanford Splash made me realize I could do something that involved high school students teaching younger students.”

Mia brought her idea to the Center for Community Engagement Director Nancy Feidelman, who was excited about fostering cross-divisional collaboration. “It’s deeply compelling to younger students to see older students teaching,” she said. “The messengers are as important as the message.”

While confident she could teach brain anatomy, Mia knew she “couldn’t teach everything” on her own. The RoboHawks stepped in to run coding and robotics courses. Faculty members Jonathan Braidman and Debra Harper helped Mia and collaborator Yoska G. ’21 design an engineering challenge. 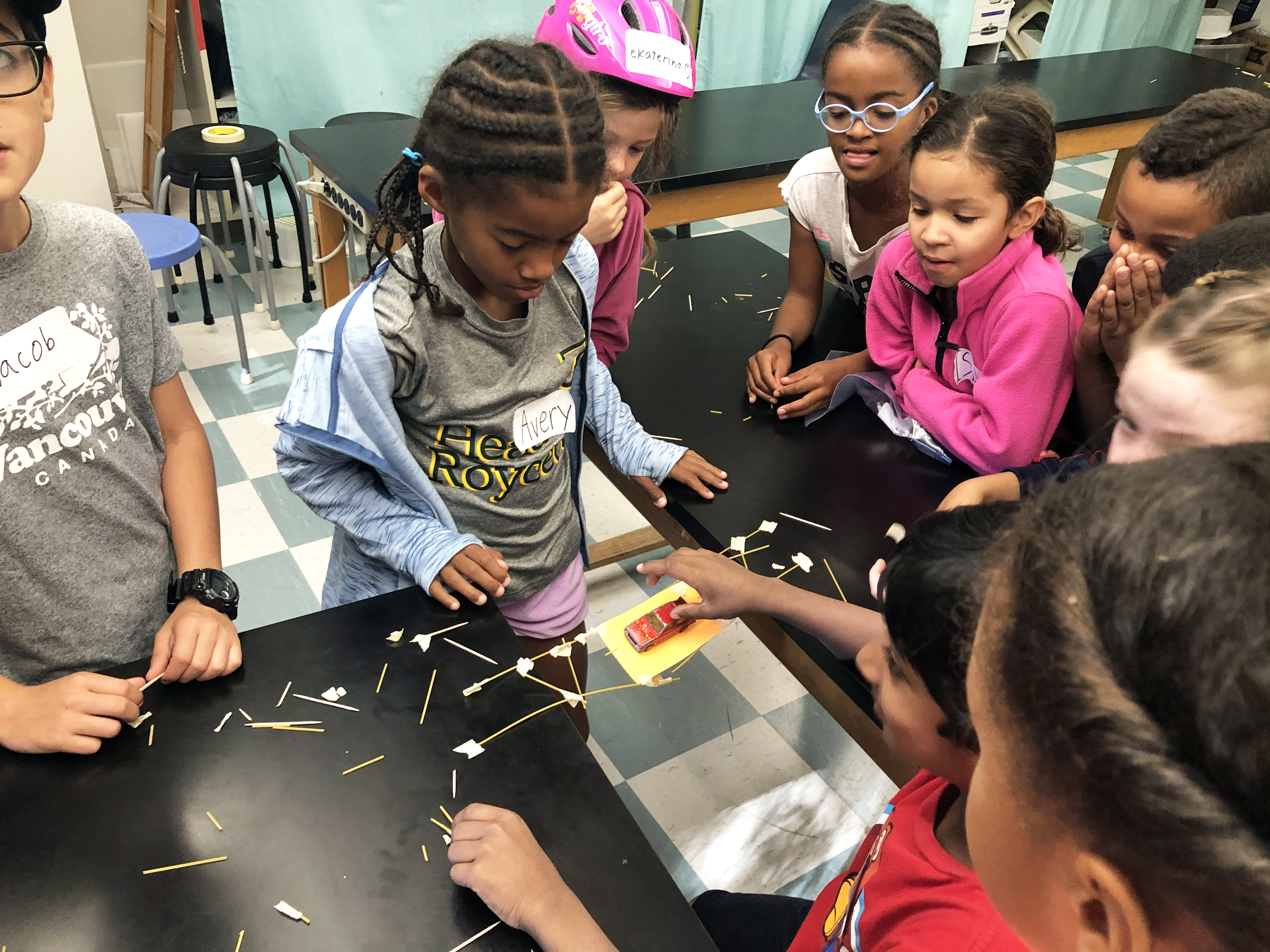 Each workshop allowed Lower Schoolers to learn while playing. “The brain anatomy course was totally interactive,” said Nancy. “They learned about a region of the brain and then did an activity that engaged that same part of the brain. Hands-on, interactive teaching at its best.”

One of the biggest challenges, Mia said, was adjusting the lesson plans to different grade levels without sacrificing the content. Forty students from 2nd through 5th grade enrolled in the workshops. “We expected 2nd graders to have a hard time, so we slowed the curriculum down,” said Mia.

At the end of the day, however, these youngest students surprised Mia the most. Arun P. ’21, who taught robotics, agreed: “I was surprised by the curiosity the 2nd graders showed in robot basics. Questions like ‘What happens if we plug in this instead of that?’ showed how eager they were to learn, putting a huge smile on my face.”

For both students and student-teachers, the day was a resounding success. “The kids all seemed super excited to learn,” said Malena C. ’22, who taught Lower Schoolers how to drive a robot. “They were all constantly smiling and shouting while they played around.”

Yoska G. said, “Working with the kids was amazing, not only because I felt I was passing on my knowledge, but also because it was enlightening to see what a classroom feels like from the teacher's perspective.” Yoska would like to teach a similar class to Heads Up students, and Mia sees the Head-Royce Students Teaching Students event as merely the test run.

Mia is developing a set of mobile STEM classes that she hopes to offer at nearby public schools. She believes elementary school is the perfect age to encourage girls’ curiosity and intelligence. “It’s the time you start to develop self-consciousness about learning,” Mia says, “whether or not science is something you want to put your time and energy into, whether it’s cool.”

Thanks to these thoughtful Upper Schoolers, it’s clear that Lower School students understand curiosity is cool.