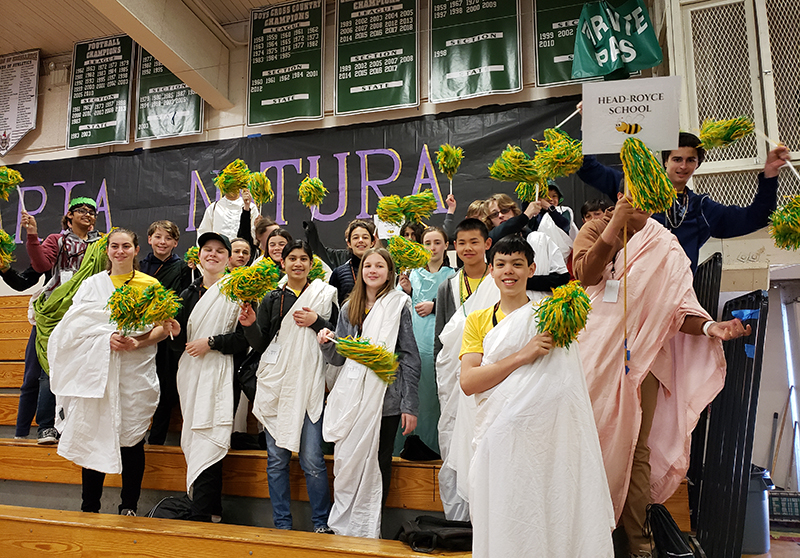 Scholarship, Community, and Self: An Inside Look at Head-Royce Latinists at this year's California Junior Classical League State Convention
Dani Moseley
Apr 17 2019

It’s hard to put your finger on exactly what it is that makes a Head-Royce Latin student special, but if you’re ever fortunate enough to observe them at the State Latin Convention, you’ll surely feel it. On a recent Friday afternoon in March, 2,000 middle- and high-school students and their Classics-loving adult chaperones––from nearly 40 schools all over California––giddily lined the pathways outside the cafeteria of host school Miramonte High, eager to check in and grab both itineraries and bags of swag for their two-day experience at the 64th Annual California Junior Classical League (CA JCL) State Convention. 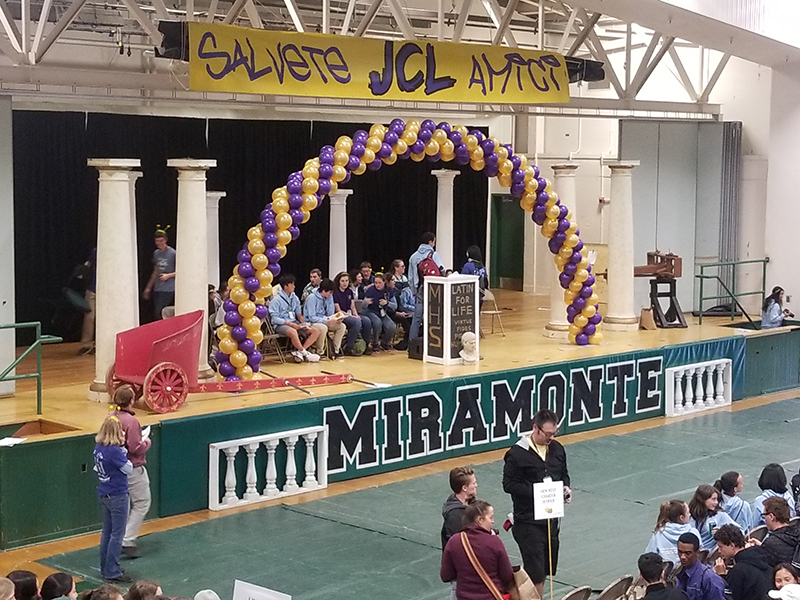 Some of our Latinists donned comfy beanies and carefully-designed yellow t-shirts, with a graphic interpretation of the convention theme: “Apes Non Sunt Solitaria Natura” (English translation: “Bees are not of a solitary nature”), while others sported laurel wreaths and near-authentic togas and stolas. Some simply wore their usual ripped jeans, street sneakers, and hoodies. Despite appearances, the Head-Royce Delegation all shared one united sense of purpose, armed with their quirky confidence and excitement. 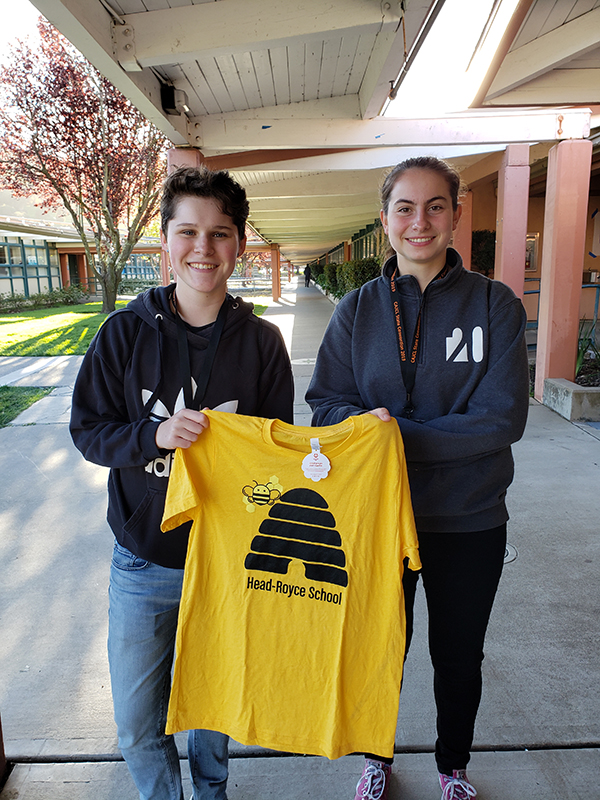 “The very first minute that I walked in, it was really awesome to see so many other Latin students there for one reason: love of language,” says Anay S. ’23. “It is really great to see because a lot of people nowadays think that taking other languages is useless unless you are going to be a linguist, but it’s not actually true. Actually, going down to JCL conventions, you see how profound an effect Latin, or languages in general, have on the rest of the world. It exposes you to politics, sports, art, and tons of interesting people. I have met tons of awesome people who have ended up helping me out in some unique way I actually never expected further down the line in our acquaintanceship.”

The State Convention occurs each spring, bringing together CA JCL members from across the state to compete in academics, the arts, and athletics, as well as to find and share community in engaging social activities in the name of a collective passion for Latin language and ancient Roman history and culture. The convention begins with dinner and then testing in various academic and arts areas (classical art, daily life, derivatives, pentathlon, reading comprehension, and vocabulary). Once the testing is completed, attendees are invited to try their hand at a variety of activities: edible mosaics, the community service project, escape room, Latin Oratory and essay contests, scavenger hunts, and even dodgeball and swimming. 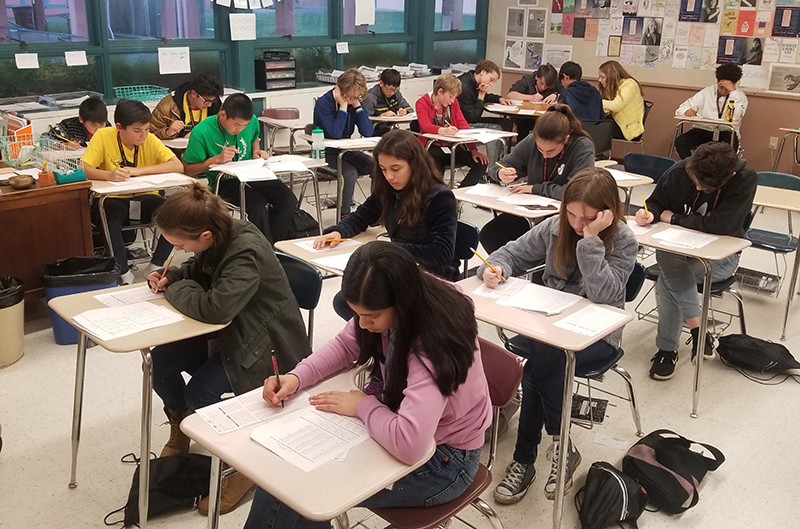 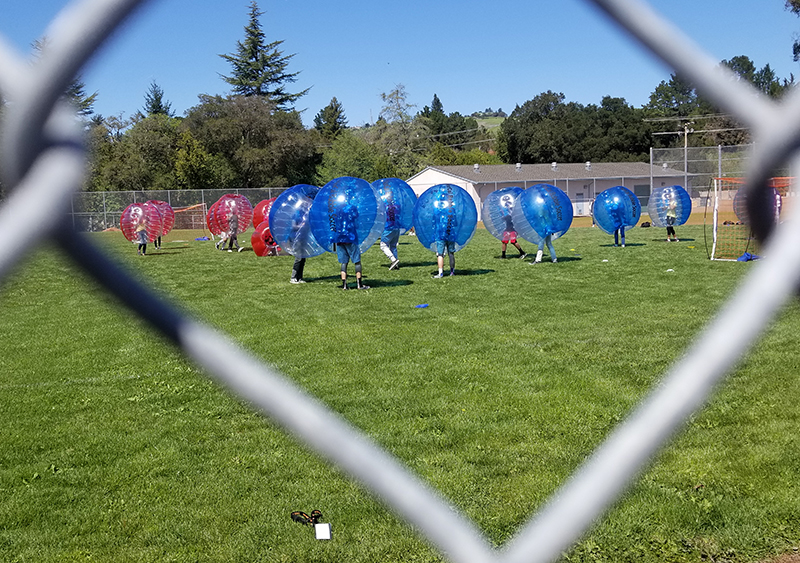 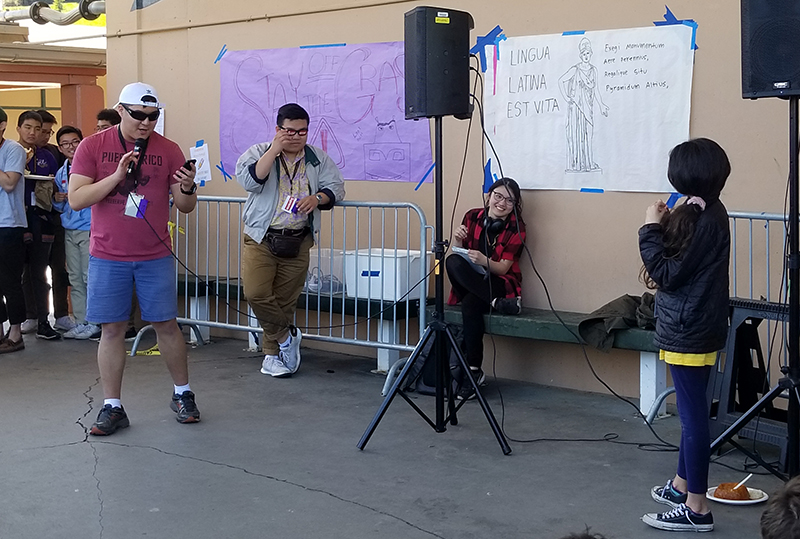 Middle school Latin teacher and Head-Royce alumna Gretchen Wu ’03––a Convention regular for the past 13 years––has taken a delegation of Head-Royce Latinists for the last five, believing it tantamount to their development as Classics scholars but also germane to the deepening of their own personal development and as leaders in a rapidly-changing world.

“Yes, it’s the love of learning,” reflects Ms. Wu. “It’s the love of trying––using history to inform their decisions that makes our Latin students unique, but honestly, they also possess this tension: seeing the long view but also living in the moment, and really holding onto that Epicureanism. It’s a very lively thing.”

This was no more apparent than on the second and final evening when, after the vote for new Parliamentarian of the Northern California chapter returned too few votes to claim a majority, Ellie N. ’20 took a chance on herself and submitted her name for candidacy, with the support of the entire Head-Royce delegation. Though she was not elected, Ellie’s ability to embrace the challenge of considering a full course load at Head-Royce and extracurriculars, with the added responsibilities and travel obligations of the Parliamentarian role (the JCL chapter meetings are held in Los Angeles), speaks to the depth of commitment, character, resolve, and self-awareness that define Latinists at Head-Royce. 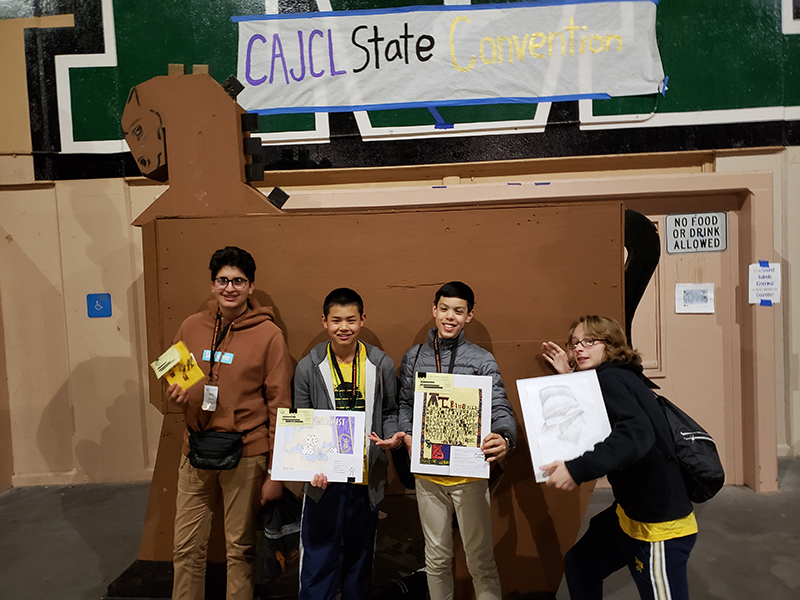