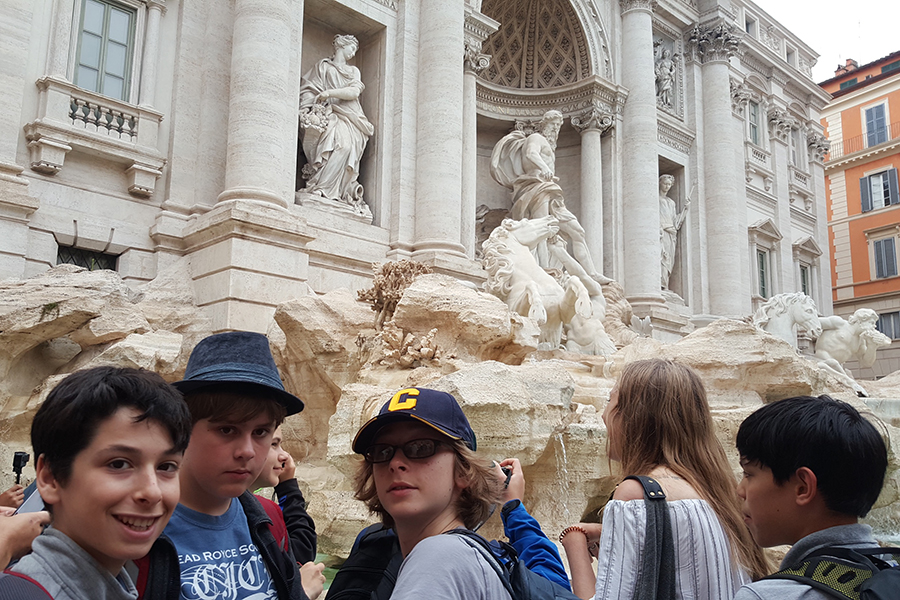 Though the new school year is already underway, the incredible memories created and experiences shared this summer remain undiminished for the 14 students who traveled to Italy as part of Head-Royce’s Global Education offerings in the Middle School. On June 10, the small HRS cohort embarked on a full 7-day journey led by teachers Gretchen Wu and Ian Walters to explore firsthand the human aspect of the Latin discipline through intensive engagement with the language and participation in Roman culture.

Ms. Wu explained that “the goal and definitely the best thing about this Italy trip was having the opportunity to connect the humanity with the Latin discipline...having the students truly make that connection between both the language and literature we study and the actual lived, human experience being articulated in those texts."

The group, comprised of 11 Latin students and three non-Latin students, explored the city under the carefully curated guidance of an expert tour guide from The Paideia Institute, as part of its “Living Latin in Rome” intensive experience. Each student received a booklet of primary sources in Latin, with English translations, on an assortment of important ancient sites specifically tailored for their week in the ancient city. The group visited, mostly on foot, and read the primary sources in Latin at the sites themselves allowing for on-the-spot discussion, immersion and reflection. At the site of the Colosseum, for instance, students read Seneca’s own musings on visiting the Colosseum himself, noting his distaste for the masses of people that convened, the noxious smells that resulted, and the gruesome fighting taking place for sport. Students then reflected on their own experience as spectators visiting the Oakland Coliseum for football games, even drawing many of the same conclusions as Seneca! 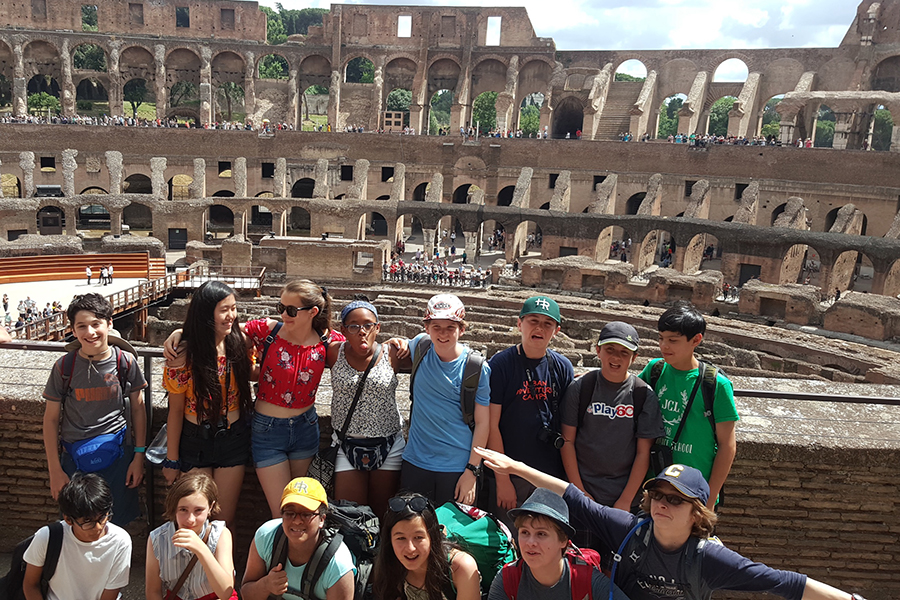 Peter T. ’22 reflected on his own experience: “Seeing these places really gave me a look into where the Romans were coming from...as well as a sense of what I'm talking about. There's an innate difference between reading a sentence and thinking, ‘Oh, the Colosseum...that big thing I've seen in pictures’ and ‘Oh, the Colosseum! That giant structure I had to crane my neck to see the top of!’ It really gave me an appreciation for the ancient world and the environment that poets like Ovid and Virgil lived in.”

The mission of the Global Education Program at Head-Royce is to instill in our community a deeper understanding of and appreciation for cultures and people around the globe. An element in the school’s broad mission of scholarship, diversity and citizenship, the program seeks to prepare students to address the complex issues other countries face in a rapidly changing and increasingly interconnected world.

Keep an eye out for a curated exhibit of particularly meaningful images that students collected from their travels this fall!