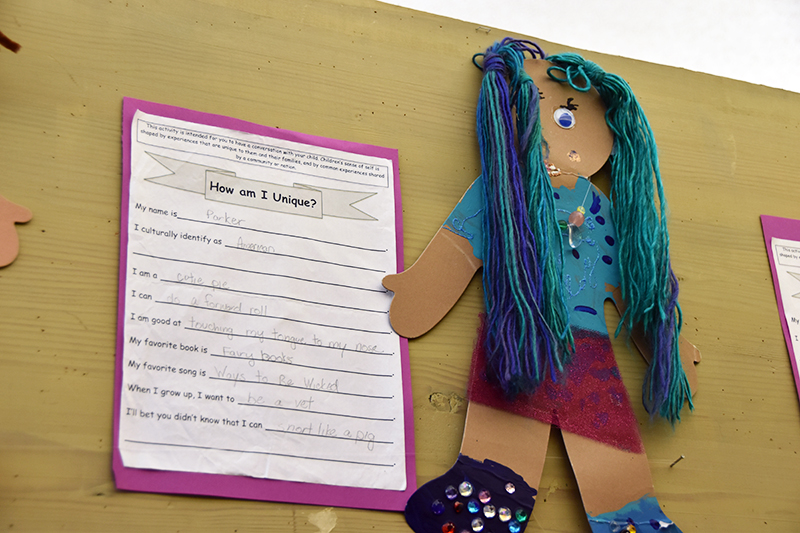 Head-Royce’s mission to “promote understanding of and respect for the diversity that makes our society strong” is being brought to life in thoughtful and substantive ways throughout the divisions. In the Lower School, students as young as five are beginning to have conversations in their classrooms about race and identity, and teachers are laying the groundwork for this important dialogue to take place at home, too.

Just this year, Kindergarten teachers Rasheeda Turner and Katie Reilly introduced a new project into the social studies curriculum titled How am I Unique? The goal is to introduce students to the concepts of race and identity and to inspire conversations at home about what makes each of them unique.

“It’s important that students have a sense of self early-on; that they explore who they are, and where their families come from. They need to learn that if someone has a different identity than them, it’s not negative, but something to be celebrated. It also gives other students in class an opportunity to learn about people that are different from them,” Turner said. 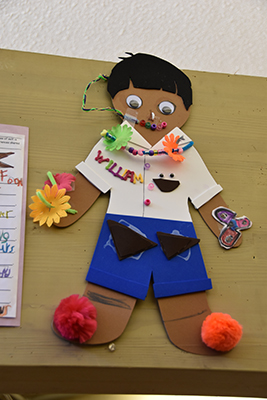 As a learning community, we strive to create an environment where students of all backgrounds can come together and feel safe, honored, and respected. And our teachers believe that the work of cultivating compassionate global citizens begins at home with thoughtful conversation around race and identity.

To encourage parent/guardian participation in this project, students were asked to take a questionnaire home and go through each prompt with their parent/guardian. Questions included: What’s your favorite song? What’s something people don’t know about you? How do you identify from a cultural perspective?

One student identified as Korean and Jamaican. For him, and a few other students, it wasn’t the first time they’d had conversations about race and identity.

“I already knew, because my dad is Jamaican and my mom is Korean. I’ve seen pictures of my dad in Jamaica,” he said.

Another student identified as Korean-American and was excited to share that he lived in Korea when he was younger. In his family, they celebrate both cultures. 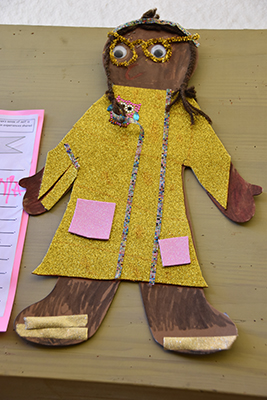 After completing the questionnaire with their parents/guardians, students were asked to make a paper representation of themselves and share what they learned about themselves and their families with their classmates.

When it came time for one of the kindergarteners to pick the color of paper that represented herself, she had a plan.

“I used brown paper because I looked at my skin and saw that it was the same color,” she said.

While carrying out this project, teachers noticed that students were beginning to draw connections between their peers and others they knew outside of their circles who shared the same identities. For example, knowing someone in their neighborhood who is also Mexican-American, or recognizing that people who have the same cultural background can look very different from one another.

While this was a great learning experience for students, Ms. Reilly said it also highlighted several opportunities for growth for all involved.

"This has been a learning experience for not only the students and their families, but also for us. Acknowledging our similarities and differences in the beginning of the school year has contributed to developing a strong classroom community, while providing space for students to ask questions and further promote their understanding of who we are as a community of learners."

Bird's Eye View is a story series highlighting our work towards the initiative and goals laid out in our Strategic Plan: Bridge to 2020.