In the spirit of actively and consistently advancing the Equity and Inclusion goals of Head-Royce’s Strategic Plan, 5th grade students in Lower School Spanish delved into a new interactive unit specifically designed to uncover the Afro-Latinx experience within the local community and abroad.

Traditionally in Lower School Spanish, students are introduced to not only the language but also the culture, history, geography, ecology, and economics of Spanish-speaking countries and regions. While kicking off a unit on Latinx Changemakers earlier in the school year, Lower School Spanish teacher Sita Davis observed that some of the students in her class who identify as African-American expressed that they “did not see Spanish as relevant to their lives,” as they had not been consistently exposed to or interacted with Spanish-speaking people who look like them. Though she had intentionally yet subtly woven representations of Afro-Latinxs into the curriculum, it was apparent that “it was time for some more explicit teaching about the estimated 150 million Latinxs of African descent.”

Davis set out to illuminate the untaught history of the African Diaspora in Latin America, sharing the documentary, AfroLatinos, as well as videos about Latinx changemakers like Xiutezcatl Martinez, Pancho Ramos Stierle, and Victoria and Sophia Arzu, with her class. When Davis projected the video of Victoria and Sophia Arzu (co-founders of Proyecto Más Color, a social justice campaign addressing the racial disparity in Latin American media) after announcing that the class would be watching a video about Latina changemakers, several students were fascinated by the expanded sense of what it means to be a Latino/a.

"What surprised me from watching the video of Victoria and Sophia Arzu is that I didn't know that there was actually a thing called Afro-Latina, and now I'm wondering if I'm Afro-Latina," one student shared.

Students also penned short biographies about the changemaker of their choice, providing a logical transition into the Geography and Culture of Latin America unit, where they study a country of their choice and create a slideshow presentation for the entire class. Before spring break, students were interviewing people from the countries they were studying, many of whom are AfroLatinxs.

Lower Schoolers were able to hear a first-person account of the AfroLatina experience from Head-Royce’s Associate Director of K–8 Admissions, Kathrina Weekes, who identifies as Afro-Panamanian. Kathrina, mother to two Head-Royce students, was excited to participate in this unit as it provided her the perfect opportunity to be seen and have a voice in the community. Kathrina intimated specifically about the difference in her experience as an Afro-Latina back east versus here out west: “On the East Coast no one's face would show shock when I told them I was Latina, but moving out to the West Coast, my reveal garnered a lot of shocked faces. Or it elicited responses like, ‘Are you sure?’” 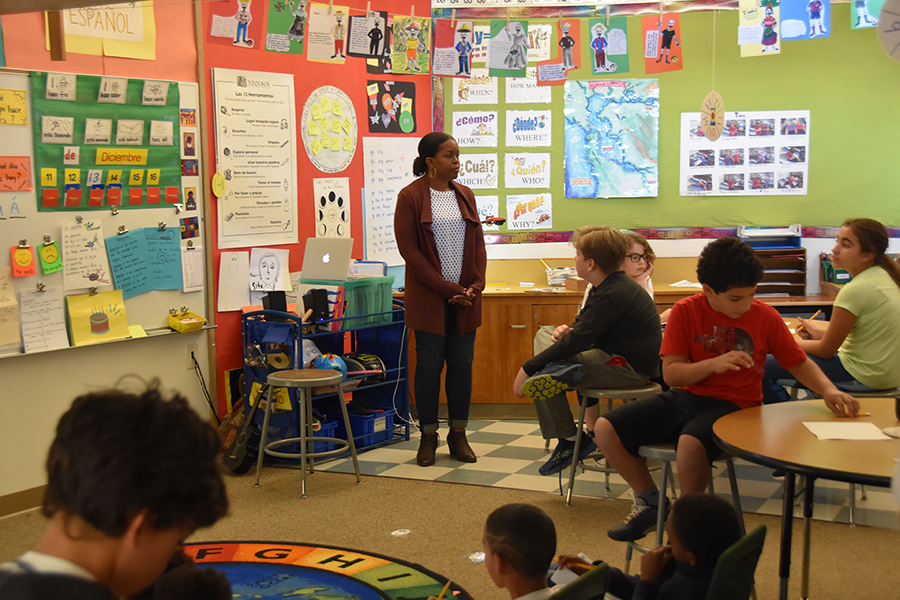 Taking this learning a step further, this spring students in Lower School Spanish will begin a unit on Ecological Building of Homes in Perú. Students are assigned a family and region of Perú, given information about the family's finances, activities and the locally-available ecological building materials, and design and build a model of a house based on what is most eco-friendly and culturally relevant. As a part of this unit, students visit sustainable communities in Fruitvale, including the home of Davis’s friend Gonzalo, who built his house from recycled materials, as well as the sustainable community of Canticle Farm, where local activists living in five adjacent homes have created a permaculture farm, training center and co-housing community. They will meet Latinx Changemaker Pancho Ramos Stierle and learn about the free farmers market that he helps organize every Sunday for and with his Fruitvale neighbors. Davis’s hope is that this field trip will be extremely profound and transformational for students as well as the parent chaperones who come along. Davis reflects:

"It is beautiful to see the divide between the flats and the hills begin to dissolve a little, and for students to witness the incredible community, cultural and human wealth in what is often regarded a ‘bad neighborhood.’ It is an opportunity for students to observe the powerful human beings that they have learned about in action, and to see firsthand that these people are a part of our extended community and do their part to sustain it.”