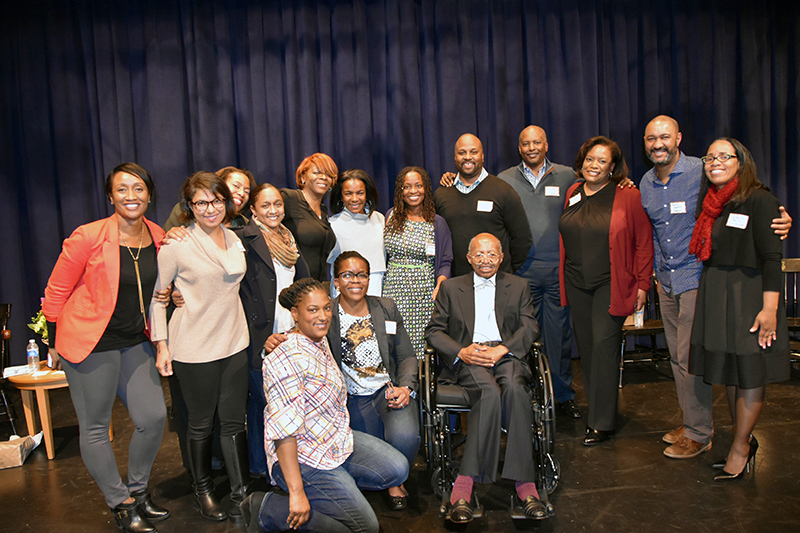 What started as a casual conversation between four Head-Royce mothers has turned into an important 16-year Head-Royce tradition.

The year was 2003, and founders of the NIA Speaker of Color Series were looking for ways to help the School as it strived to make progress in carrying out its three pillars of scholarship, diversity, and citizenship. NIA is the Swahili word meaning purpose, and together, the groups set goals that would benefit the entire community. They came up with the idea of hosting a free event on campus that would bring attention to African American professionals who are contributing to advances in varying fields. The goal for the event was twofold: open the School to the greater community to foster a dialogue about diversity, both racially and culturally; and raise funds for the NIA Endowed Scholarship Fund, which provides tuition assistance for HRS students of color.

Every year, the scholarship is awarded to a highly deserving student of color, and is available to that student from the time they enter Head-Royce through graduation. Since its inception, the endowment has provided 16 consecutive years of scholarships to students of color.

“We never want to lose sight of the need to provide an opportunity for those with limited financial means to have the doorway opened to obtain a stellar education at the School,” parent and NIA volunteer Vaneria Harvey said.

NIA is intentionally planned to take place in February around Black History Month. Organizers say many events during the month honor the more recognizable civil rights leaders (such as Dr. Martin Luther King, Jr.), but they wanted the audience to see and hear firsthand from the other voices who have shaped, and are shaping, American history. Past prominent speakers at the series include Anthony Robles, three-time All-American wrestler; Grammy Award-Winning artist Roberta Flack, technology professionals throughout the Bay Area, among many others.

“Adults, students, and educators were able to hear a firsthand account of the story of two of the Little Rock Nine who bravely walked past hostile crowds to integrate their high school. The granddaughter of the plaintiff in Brown v. the Board of Education was able to share the story of her family that tore down the wall of ‘separate but equal’, and The Honorable Thelton Henderson shared his story as the Justice Department's first African-American lawyer in the Civil Rights Division,” founding NIA parent Kym Johnson Luqman said.

African American history is American history, and for audience members to be able to hear the stories that have shaped the world is a gift. Not only can they get a glimpse of the past, they can discuss ways to manifest change for future generations.

“NIA events are a great way for the entire Head-Royce and surrounding communities to come together with one common goal: to create opportunities for us to embrace each other and build and grow stronger together, versus apart or in competition with one another,” parent Krystal Meeks said.

This year, for the 15th Installment of the series, the School is excited to welcome Glenn Singleton, author of Courageous Conversations about Race. Glenn will give a complimentary talk to effectively engage, sustain, and deepen interracial dialogue. During the discussion, audience members will learn his award-winning protocol to help remove barriers that prevent all students from reaching their fullest potential. Register today to be a part of this important conversation!