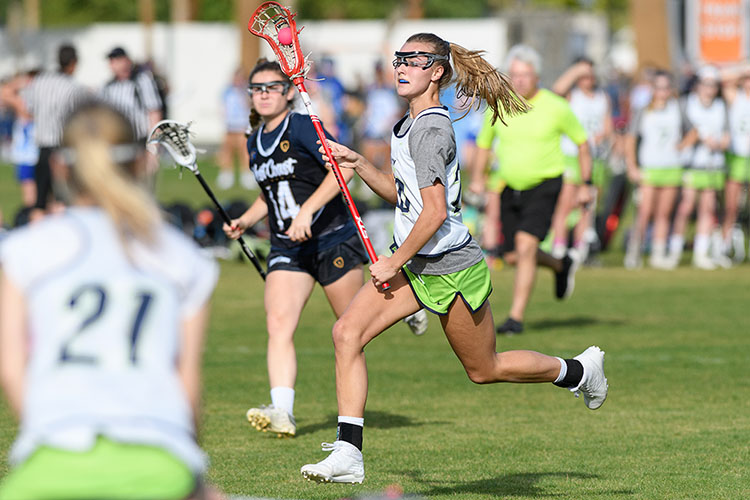 In as early as middle school, current HRS senior Essie A. can remember witnessing first-hand the crushing effects of stress on peers who, from the outside, seemed to model what it meant to be “successful” student-athletes. “In 8th grade, I played on a club lacrosse team that was very competitive, traveling all over the country—a huge commitment. We had five girls who experienced some serious mental health challenges that year. They appeared to have it all, but at that age, I didn’t realize there was so much I was missing bubbling below the surface.”

That year was a wake-up call for Essie, who became personally motivated to do something to “alleviate some of the strain students put themselves under to ‘make it all work’ as young people eager to take on more responsibility in life but not yet fully equipped to do so.”

As a sophomore in the Upper School, Essie sought out participation on the Balance & Wellbeing Committee in 2016 as part of the School’s initial strategic planning efforts. The Challenge Success* Club was formed shortly thereafter, and last year she helped spearhead the Captains Council, a student group comprised of all team captains that meets every other week with Director of Athletics Brendan Blakeley to ease communication between teachers, coaches, and students.

As a dedicated student-athlete, she knew that a lot of the pressures her peers faced could be reduced by more intentional communication, collaboration, and planning between students, coaching staff, and faculty. Now, juggling athletics and academics at Head-Royce is more manageable for everyone. “We’re working smarter, not harder, with balance & wellbeing at the forefront of our minds. Half the kids in Upper School play a sport, and to be able to reach out to that many people and actually accomplish something beneficial is something I am glad I committed to.”

The Captains Council is also working to cultivate a culture of peer mentorship in athletics at Head-Royce. Essie added that, “as a captain, you’re in such an amazing leadership position, you can make it better for your younger peers in such simple ways: for instance, if you are warming up at practice, and a freshman on the team is freaking out about an upcoming exam, you can offer them reassurance by saying, ‘Hey, don’t worry about that one. I took that class my freshman year and that exam is not as bad as I thought it would be. If you really need help, I can probably sit with you after practice or something.’ It’s surprising how well this small act helps you calm down and more easily navigate the Upper School ropes.”

Essie recently had a unique opportunity to speak candidly about her personal motivations for redefining what it means to be “successful” in a recent video exploring the impetus behind Challenge Success’s long standing effort to create a broader definition of what it means to be a thriving learner. Watch it below.

*Since 2016, Head-Royce has been partnering with Challenge Success, a project housed at Stanford’s Graduate School of Education and originally established by three leading experts in adolescent well-being as a response to the troubling increase in academic and emotional problems reported among kids in the U.S.

Challenge Success’s mission, to “embrace a broad definition of success and to implement research-based strategies that promote student well-being and engagement with learning” has served as a valuable roadmap in helping us to understand and empathize with how students experience HRS and to make measurable decreases in student stress levels and increases in academic engagement.