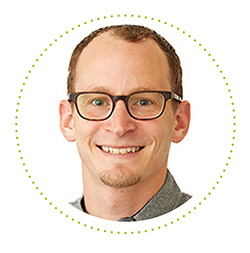 For the past 18 years, the Head-Royce dance troupe, FADE, has been a creative and artistic dance outlet for hundreds of students. Open to any upper school student with the desire to dance, many join the group having prior dance training, but many more do not, and FADE becomes their first entre into the world of dance.

As established as FADE currently is within Head-Royce’s performing arts programming, few are probably aware how the troupe actually began 18 years ago, and those who aren’t are usually surprised when told that it started as a 100% student initiative.

“Mr. Thiermann, will the school give us $1,000 to start a dance program?” recollects Carl Thiermann, Head of Upper School. He’s referring to then-junior student Evan Brody '01.

During their junior year Fallout, co-class presidents Evan and Melissa Gale '01 were considering ideas for the annual campfire talent show and decided to perform a dance number. Recruiting other classmates, like Marquesa Finch '01, they performed a Janet Jackson hiphop number.

Upon returning to campus, they realized that their performance had ignited a spark of interest and there was a palpable amount of excitement from the dancers and other students to continue the group. They began meeting at lunch once a week with more and more students joining in the weeks that followed.

“The sophomore class had some really great dancers looking for a program and there were juniors and seniors, too,” recollects Evan. “Then came the moment when we said to ourselves ‘I guess we’re doing this thing now.’”

From the very beginning, the founders were keenly focused on keeping the dance troupe as inclusive as possible. They held auditions to determine a dancer’s skill level, but anyone who wanted to participate could. The more experience dancers formed a subset within the group and their role also expanded to include instruction and choreography.

The rehearsals and meetings grew to twice per week.

FADE’s first performance as an official troupe was at the '99 Winter Cabaret - a presentation of all Head-Royce performing arts including choral and instrumental music. It was soon followed by the first-ever FADE-only show that spring.

Evan is quick to articulate just how much of a student-run effort creating and running FADE was. With the help of fellow students Sarah Pon '02 & Laura Fogelman '02, they trained, choreographed and produced the entire show, made up of 10 different numbers. They performed a range of dance styles including hip hop, African, contemporary and ballet. He recalls many weekend trips to the mall with Sarah, trying to buy costumes for 30 dancers on their tight budget.

FADE also welcomed non-dancers. Students who did not want to dance were still welcome to participate in FADE as stage or tech crew and helping with other parts of the show.

As FADE grew, the group needed a faculty advisor, primarily so that they could rehearse on campus on the weekends, and they found one in Evan’s then-academic advisor, Crystal Land. “It’s amazing what Evan and his co-founders started. It was essentially the genesis of the dance program at Head-Royce.”

Evan is now an Assistant Professor of Communications Studies at the University of Wisconsin, La Crosse. He pursued dance and theater for a brief period in NYC after graduating from Northwestern, then turned his attention to higher education. “I thought FADE would continue for a year or two after I left Head-Royce, but I never would have imagined it lasting for 18 years.”

Not only did FADE continue to grow and thrive, but it also sparked the introduction of dance into the formal curriculum and the beloved annual faculty lip sync dance.

Finally, the name. In recent years, FADE has come to be understood as an acronym for Fine Art Dance Ensemble. Surprisingly, that couldn’t be further from the truth. The name FADE was chosen, not as an acronym - in fact the founders were adamant that it NOT be an acronym - but on its merits as a verb-noun.